The balance point is the point where the stick can be balanced in a horizontal position when the shaft is placed on a thin, vertical edge, as shown in Fig. 1. The balance point means the same thing as the center of mass, but it refers more specifically to the distance from the end of the handle to the center of mass. In theory, there are many different ways that the balance point could be located 92 cm from the handle end. For example, most of the weight could be located at the extreme ends, with very little weight along the shaft itself. Such as a stick would be very fragile, so for practical reasons the weight is distributed more or less evenly along the whole shaft. Nevertheless, not all sticks have the same weight distribution since some are thinner or wider in the tapered section near the blade and since not all blades or handles have the same weight.

Figure 1 — The balance point is at a distance B from the handle end, where the stick can be balanced on a thin, vertical edge.

Any two sticks with the same balance point are likely to have a slightly different weight distribution. Not radically different, but enough to have an effect on the swingweight of the stick. The swingweight is not the same thing as the weight of the stick. The weight determines the force needed to lift the stick or to accelerate it in a straight line. The swingweight determines the force needed to swing the stick or to accelerate it in a circular arc. When accelerating a stick or any other object in a straight line, it is often convenient to push or pull it in line with its center of mass. That way, it will move in a straight line without rotating. When swinging a hockey stick, the player pulls the handle with the top hand and pushes the shaft with the bottom hand. As a result, the stick moves forward and it also rotates. The forward speed or acceleration depends on the total force on the stick and its weight. The rotation speed depends on the applied torque and on the swingweight.

It easy to measure the weight and the balance point of a stick. A measurement of swingweight is more complicated, since it is necessary to swing the stick. Swinging a stick is important when hitting a puck, and it is just as important when measuring how the stick performs. A simple arrangement is shown in Fig. 2 where the stick is swung about a fixed axis near the top end of the stick. If pulled aside and released, it will swing back and forth like a pendulum. It is necessary only to measure the period of oscillation, T, and the distance, h, from the axis to the balance point. The period can be measured with a stopwatch or by filming the oscillations with a video camera. Any axis can be chosen, although the measured swingweight depends on the chosen axis. Nevertheless, once the swingweight is measured for that axis, it is easy to calculate the swingweight for any other axis. 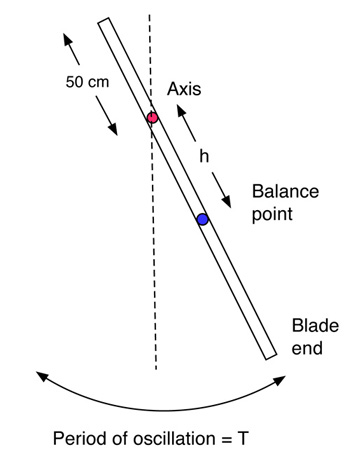 Figure 2 — The swingweight of a hockey stick can be measured by swinging it as a pendulum.

The formula for the swingweight, IA in kg x m2, about the chosen axis is